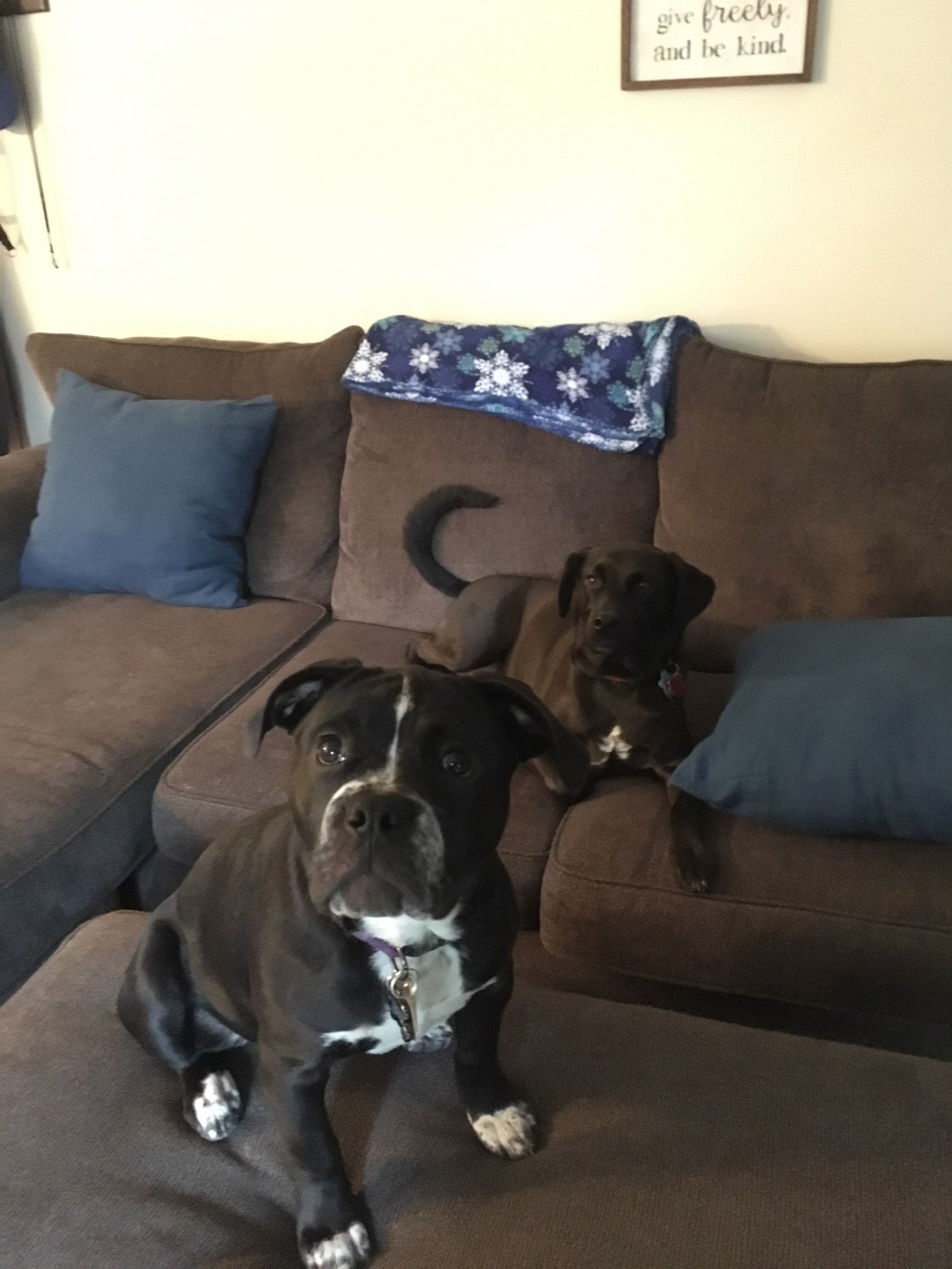 I got a cousin.  She’s kind of nuts, not gonna lie.  She doesn’t really leave me alone and sits on top of me, which is kind of rude.  She isn’t sneaky either.  She thinks if she stands really still, I can’t see her.  Like that big dinosaur in that movie that my mom likes so much.  After she’s decided she is invisible, she “attacks”-paws first.  She’s also got a pretty whimpy bark.  Like I have to be the intimidating one on my aunt’s property so that when I’m not there, those little moving fur balls won’t take over.  Humans are no match for them—they climb up trees so fast.  That’s why humans have us.

She also kinda looks like she ran into a wall—which she does, often.  She snores really loud, which makes me think she is breathing so hard her sniffer is a lot closer to her face.  I tried to explain if she calms down, maybe it will grow like mine but she just keeps licking my face.  She also has this ball that I have at home too.  Its really loud and fun when you hit it to move it but I don’t think she gets that it’s a hard ball.  She growls and whines at it every time it makes a sound.

Her drool gets in the water too!  My aunt had such great water before.  My mom gets mad cause I don’t like drinking water at home and then I drink three bowls at my aunt’s.  It’s just good water.  But this dog gets all her slobber from her short face and leaves clumps of it in there.  Its yucky, and I sniff butts so I am willing to put up with a lot.

She is a cool cousin though.  She likes the sun, naps, snuggles, treats, food, peanut butter (the BEST), and my family.  My mom says her name is Skye.  She came from a shelter too but hers was at a house so she didn’t get as scared about the spinning wheels on the ceiling as I did when I first went home.  She didn’t use the stairs too well though at first.  But now she uses the basement stairs more than I do, they got holes in between each one, I’m afraid to fall through.  Anyway, I know my mom is coming back up when she goes down the stairs.

She’s got more table manners than I do.  Well, that’s what my mom says.  I just think she’s silly.  If she waits long enough, miracle food falls from the table and you get a snack. 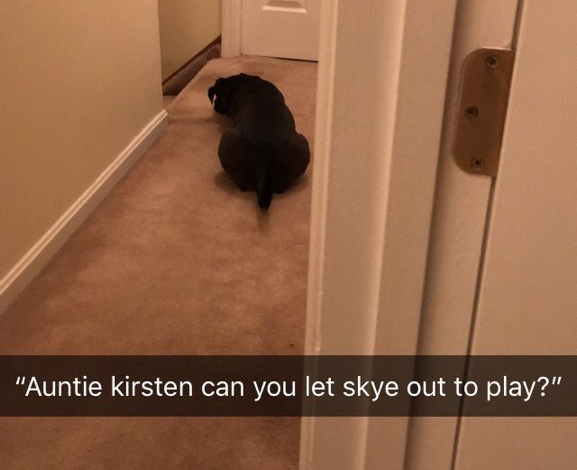 Although I don’t like to admit it, it is nice having her around.